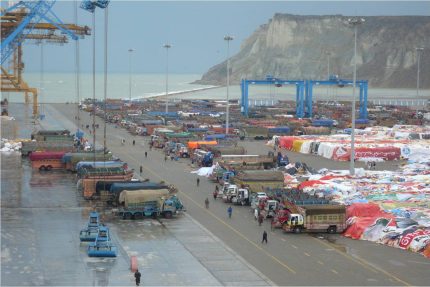 Pakistan’s coast extends 1,100 km from India to Iran, with an EEZ of 240,000 km2 . The continental shelf area is about 50,270 km2 while the total maritime zone of Pakistan is over 30 percent of the land area. This includes some very productive areas, with rich fisheries and mineral resources.

Pakistan’s coastal line can be divided into two portions, being Makran Coast and Sindh Cost

The north-western portion known as the Makran coast, extends from the Hub River to the Iranian border, and is about 772 km long, with a shelf area of about 2,000 km2 . The region is characterized by a number of bays, such as Sonmiani, Ormara, Kalmat, Pasni, Gwader and Giwani bays.

The south-eastern portion, the Sindh coast, is 348 km long and extends from the Indian border to the Hub River. The shelf area is about 35,740 km2. The region, unlike Makran, is characterized by a network of creeks with mangroves that serve as nursery grounds for finfish and shellfish resources.

Pakistan has many marine and inland fishery resources. The potential from marine subsector alone is estimated at 1 million tonnes/year . The commercially important resources include near 250 demersal fish species, 50 small pelagic fish species, 15 medium-sized pelagic species and 20 large pelagic fish species. In addition, there are also 15 commercial species of shrimp, 12 of cephalopods and 5 of lobster.

Economic significance of the fishing sector in Pakistan

Fishery plays an important role in Pakistan’s economy and is considered to be a source of livelihood for the coastal inhabitants. A part from marine fisheries, inland fisheries (based in rivers, lakes, ponds, dams etc.) is also very important activity throughout the country. Fisheries share in the GDP although very little (approximately 1%) but it adds substantially to the national income through export earnings. During July-June 2012-13 Pakistan exported seafood worth US $ 336.1 million. As per Economic Survey OF Pakistan, during (July-March), 2012-13 total marine and inland fish production was estimated 728,815 m. tonnes out of which 467,000 m. tonnes was marine production and the remaining catch came from inland waters.

The government is taking a number of steps to improve fisheries sector. Further number of initiatives are being taken by federal and provincial fisheries departments which includes inter alia strengthening of extension services, introduction of new fishing methodologies, development of value added products, enhancement of per capita consumption of fish, upgradation of socio-economic conditions of the fishermen’s community.